Visual Lure was recently contracted to design a logo for Coaching GOATS, a passionate St. Louis Metro East golf coach. This blog post is about our logo design process on this project.

The client initially asked for feedback on the logo he had (seen below). Our feedback was that the goat felt a little creepy and looked like clip art, and the typography came off as generic. There was also no reference to golf – which we felt was important.

Here were our initial options we presented to our client – along with a description of the concept and process.

This logo features a goat silhouette with little detail for simplicity and the ability to be used at small sizes. The goat is holding a golf flag with a CG monogram. The CG monogram also creates a circular motion with an arrow that represents a golf swing. The aesthetic of this logo was inspired by upscale country clubs. Sample lockups also shown below both on a white and dark background along with a golf ball mockup. 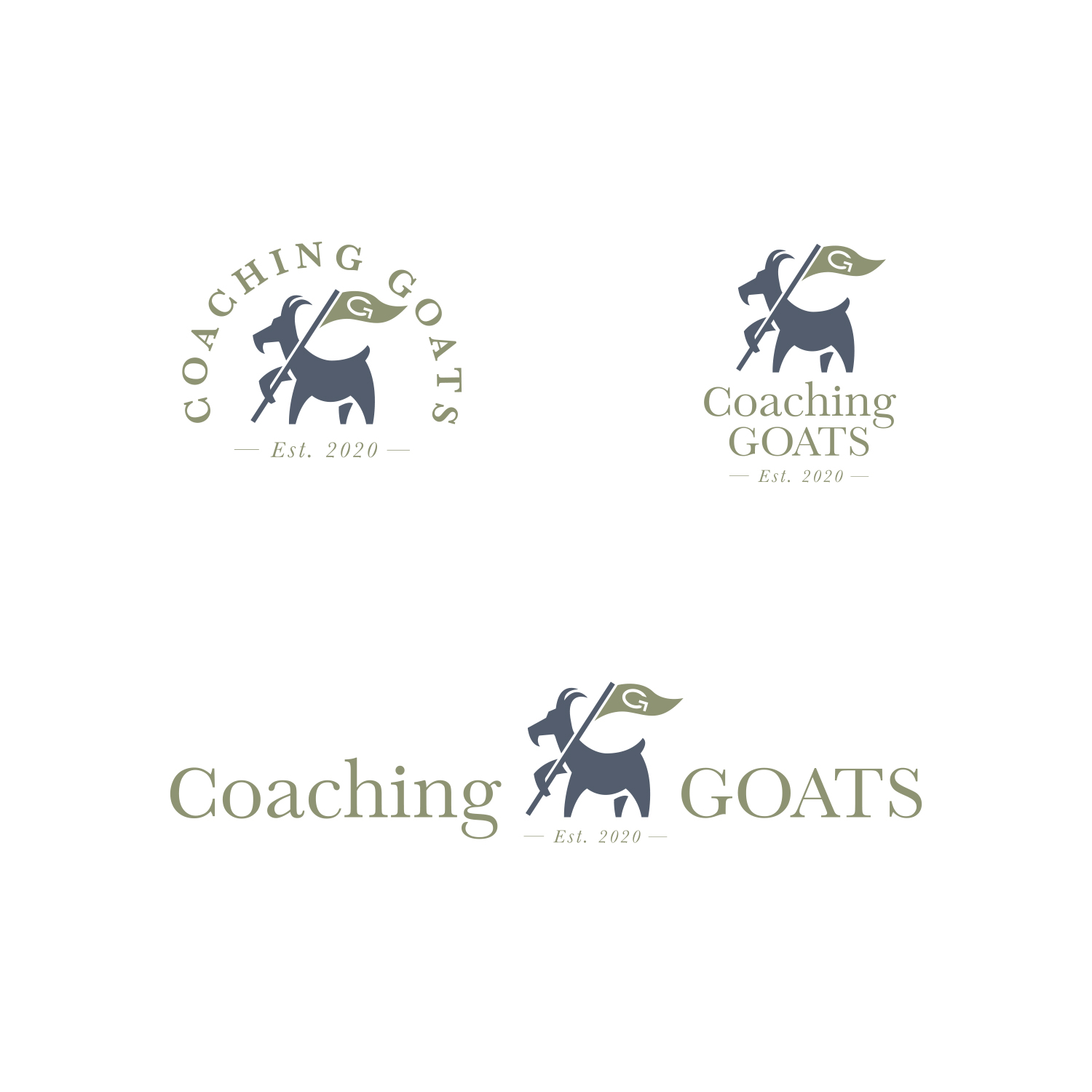 This logo features a simple line drawing of a goat head with a body that also make a golf ball. The look of this logo was inspired by premier golf course logos. 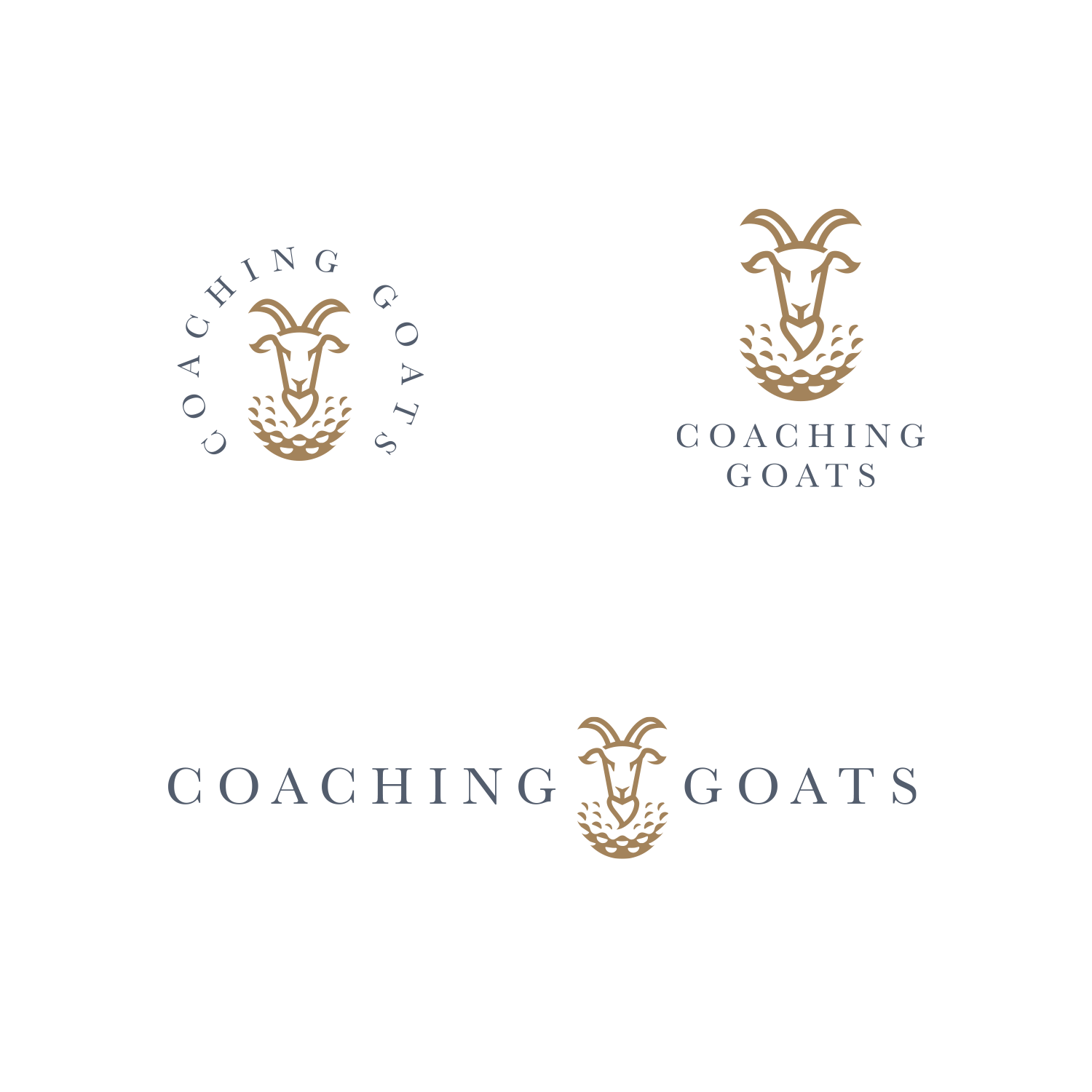 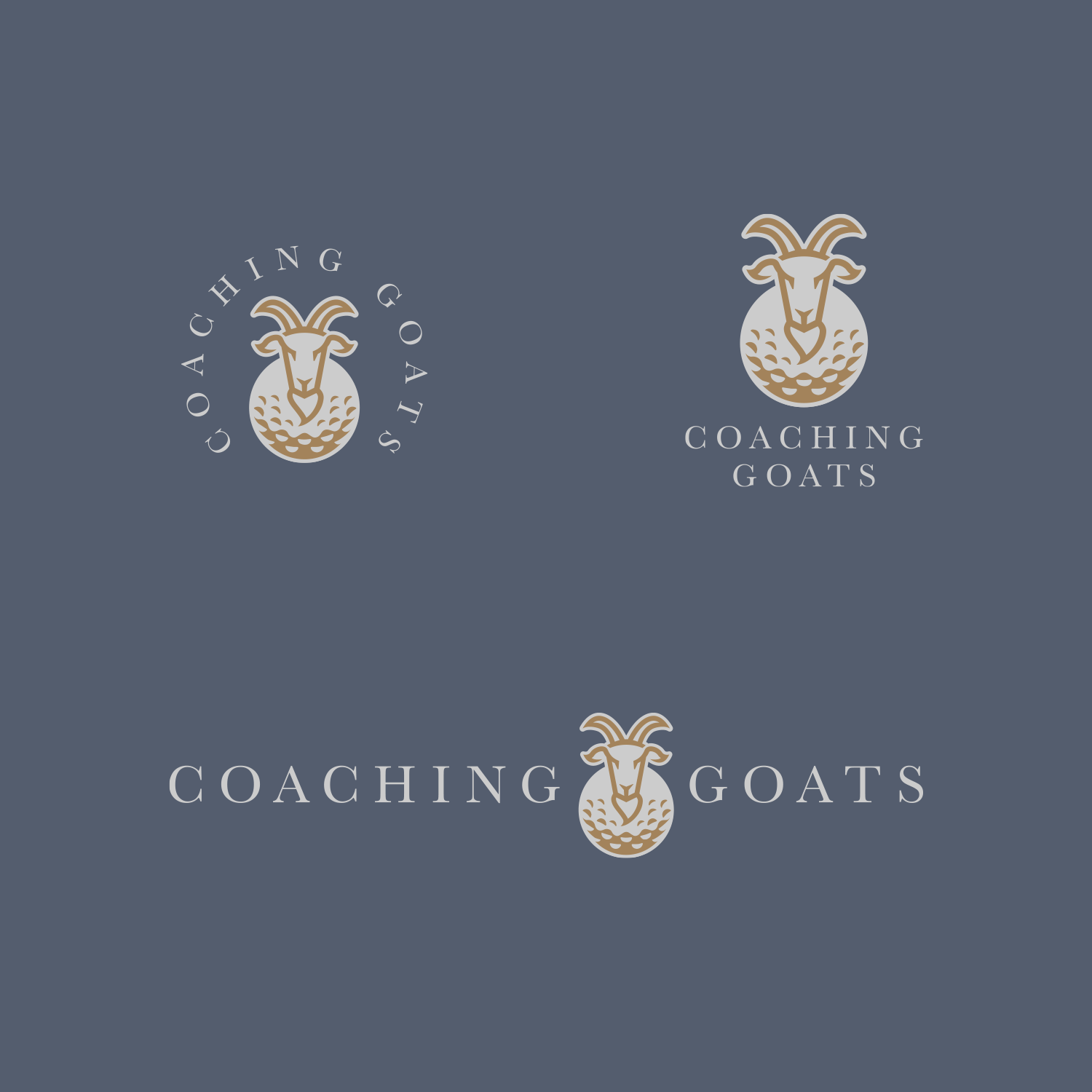 This logo features a “CG” monogram. Integrated into the logo is a C, a G, and a golf ball in the negative space. The “G” also creates a circular motion with an arrow that mimics a golf swing. This aesthetic was inspired by modern sports and golf club logos. 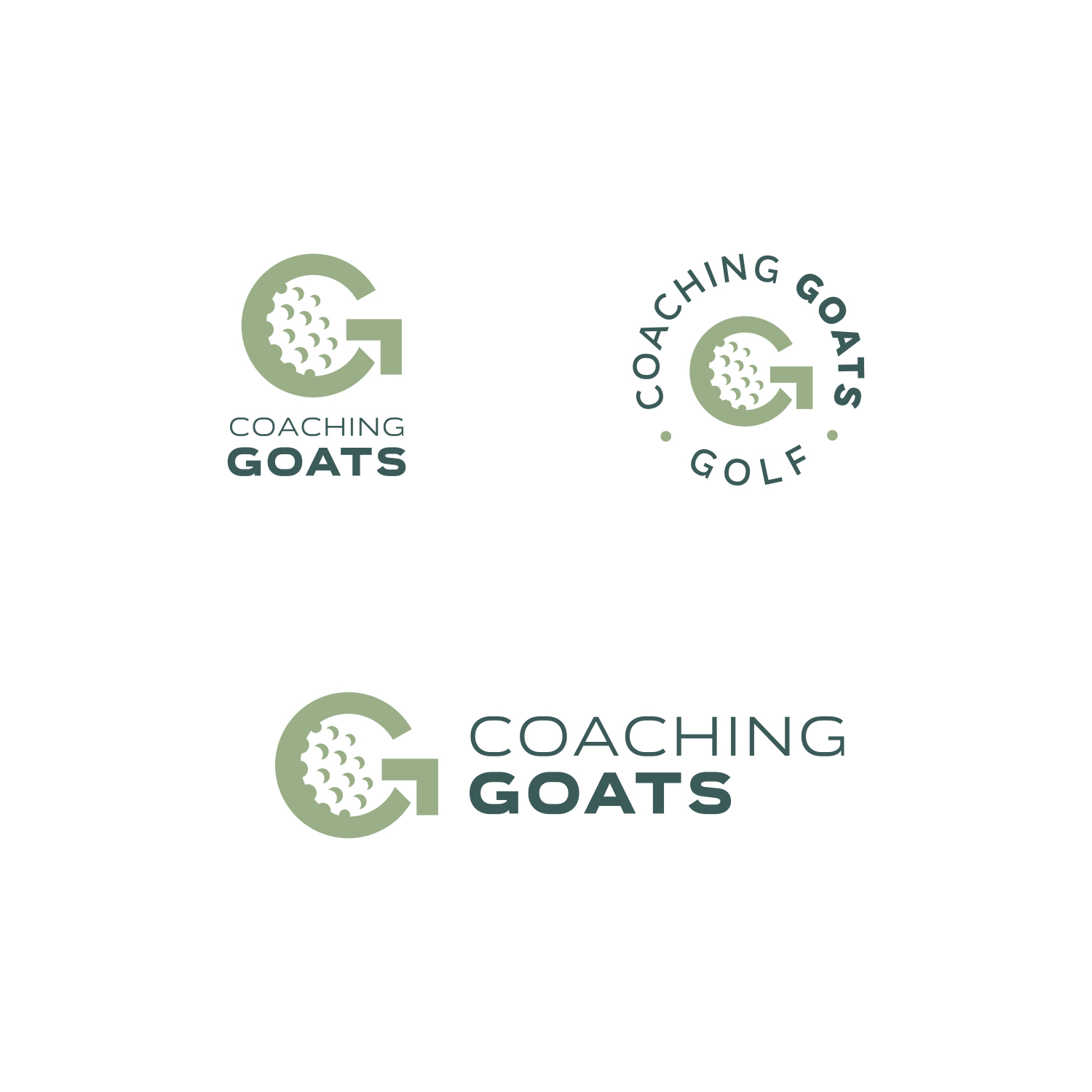 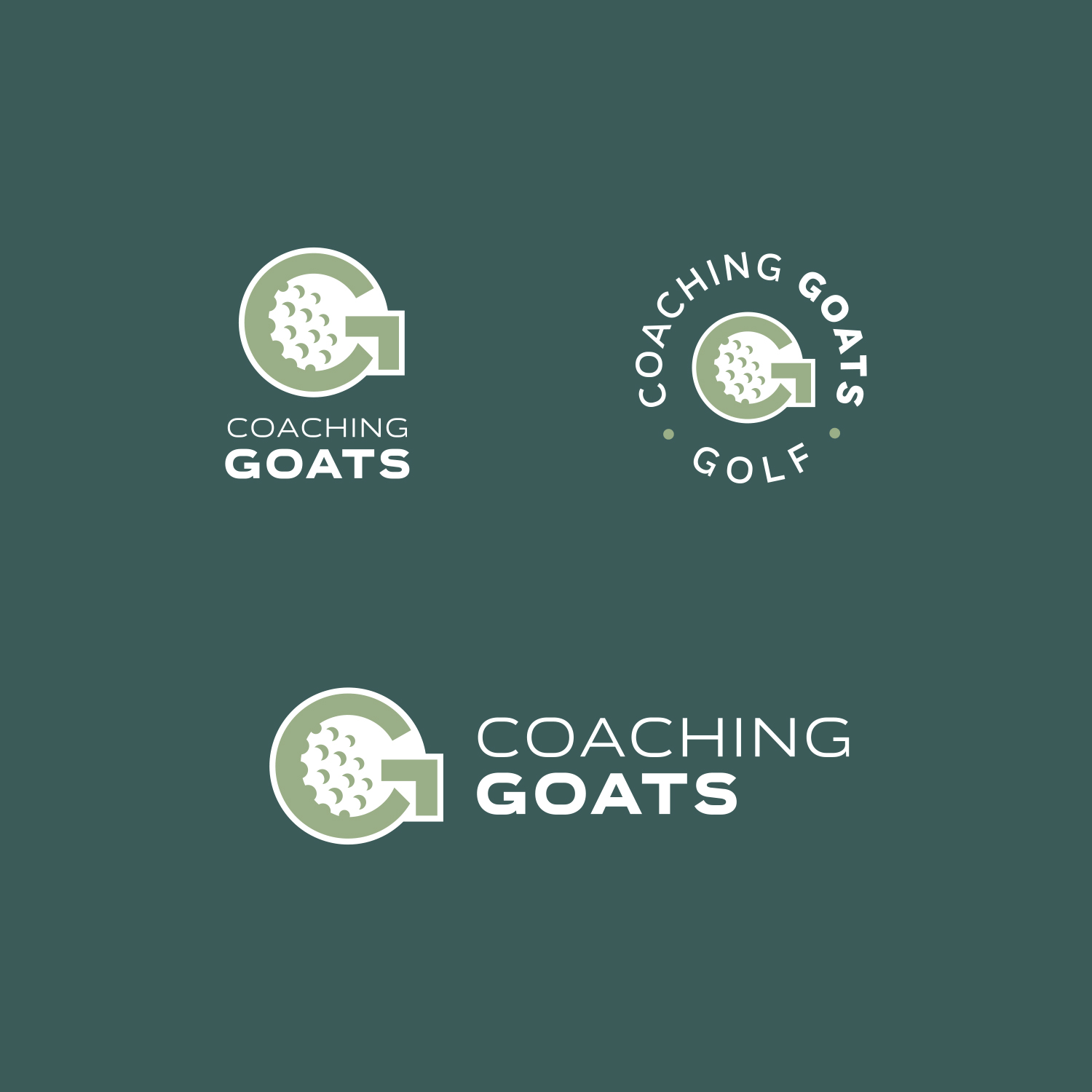 …And the Chosen Logo is: 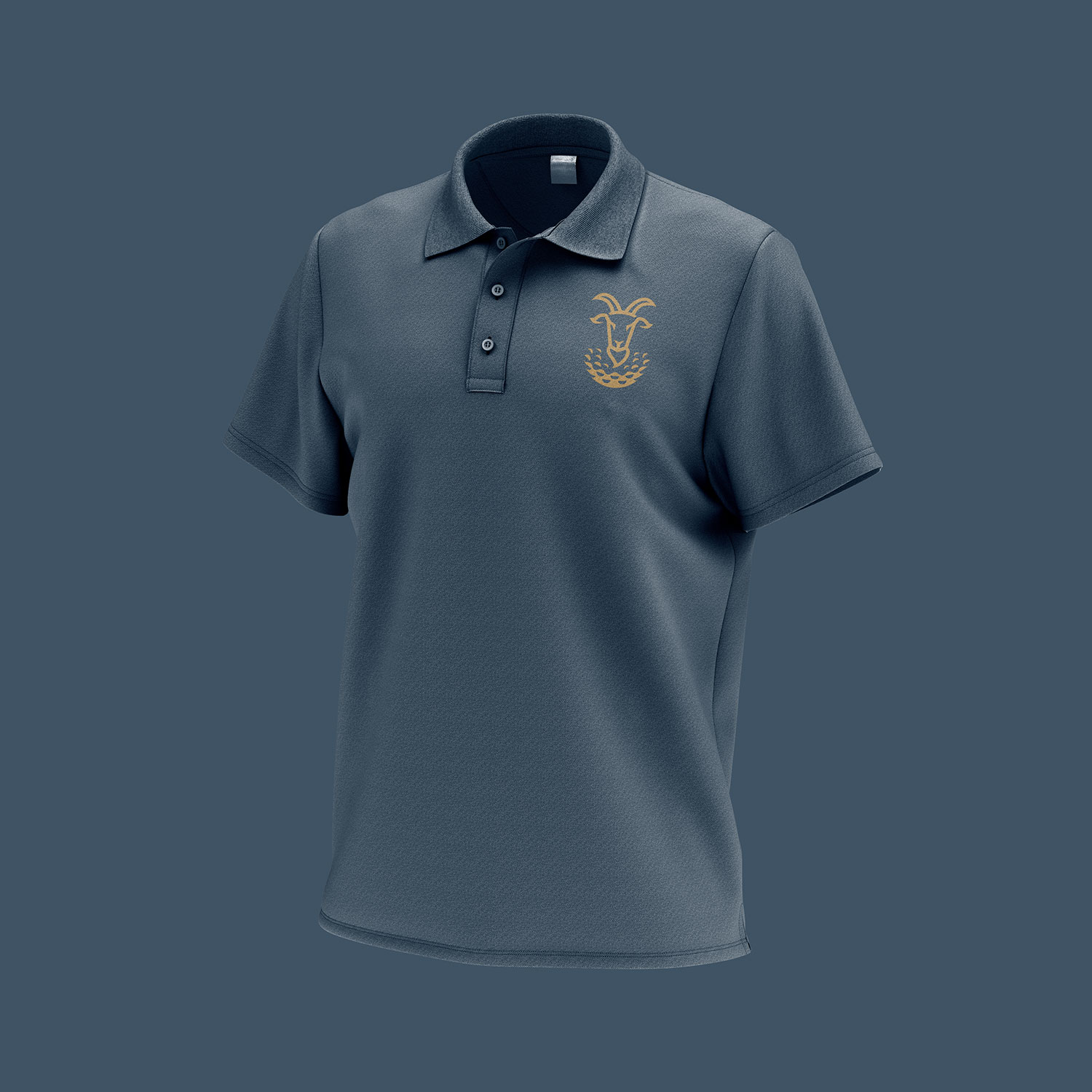 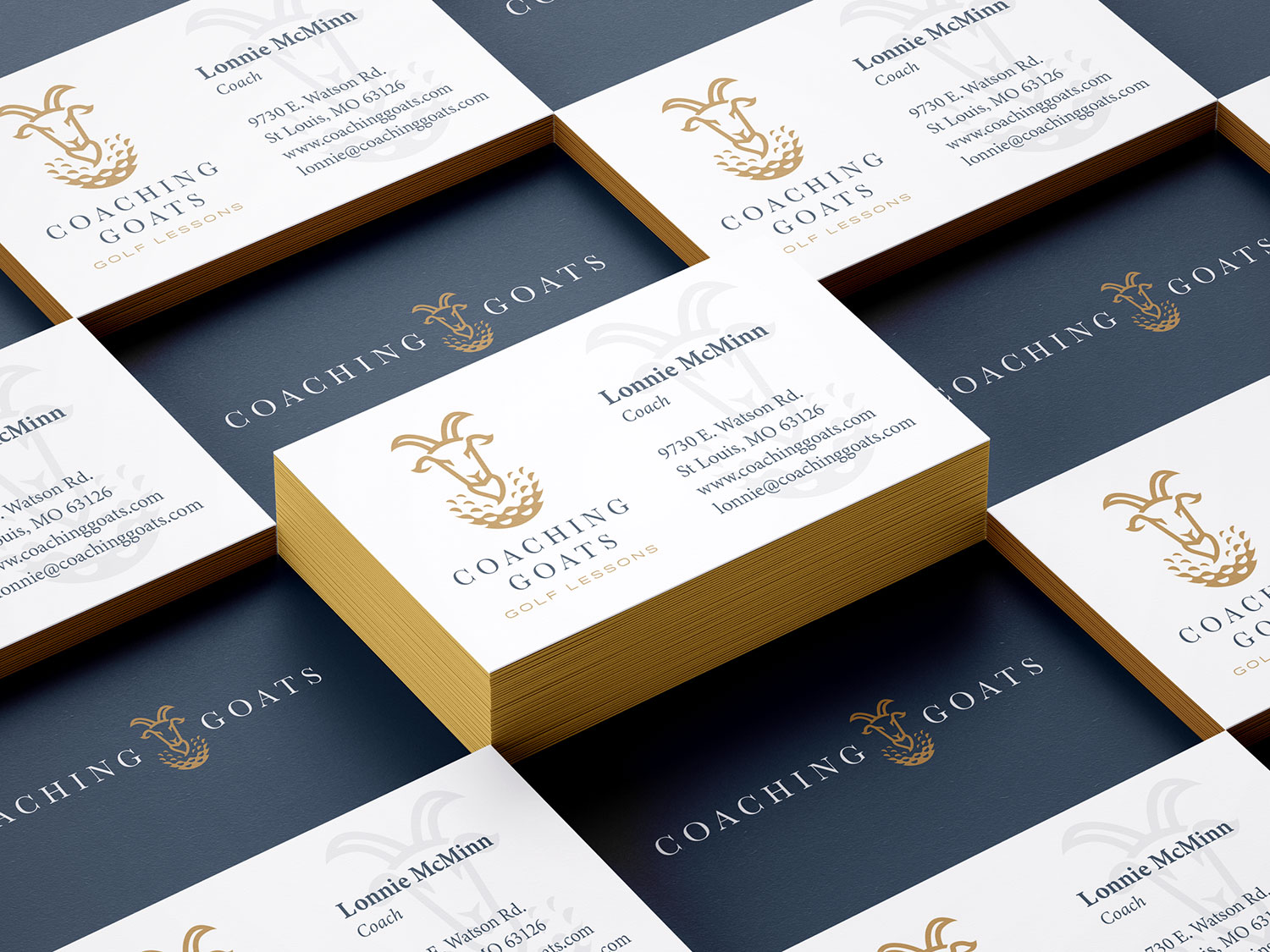 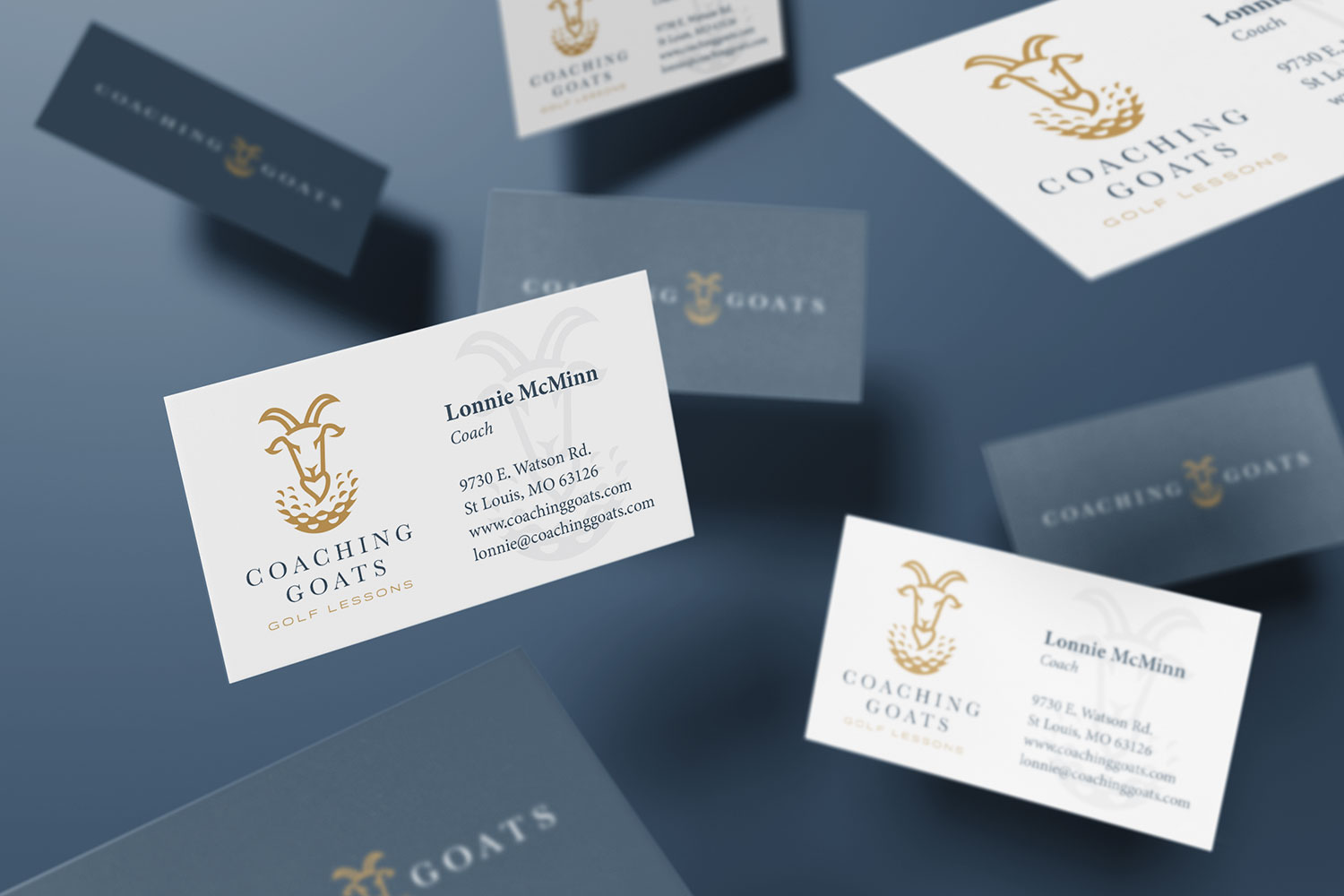 Ever since I joined the St. Louis AIGA, while still studying Graphic Design at SIU Edwardsville, I would go to their Annual Design Show every year to see all the world-class design work coming out of Saint Louis. Eight years ago, I entered what I thought was one of my best logos, but it didn’t make the show. It discouraged me, and it wasn’t until this year that I decided to enter another piece. I am honored to share with you all that my project was selected, and one of my professional goals has been fulfilled.

When I received the email that read “Congratulations, your work has be selected to be in the AIGA St. Louis Design Show 23!” I was both excited and oddly relieved. I think the relieve came from a sense of accomplishment as I’ve had this goal for over 18 years. It also represents the second check mark off my “top three professional goal list”. While still in college, I used to dream of having a logo published in a book called LogoLounge, having a project in the AIGA Design Show, and lastly having work featured in Communication Arts.

To date, I’ve had 31 logos published in 7 different LogoLounge publications, and I can finally say that I’ve had a project in the St. Louis AIGA Design Show. I just have Communication Arts left. I share this not to brag, but to hopefully inspire other graphic designers as design really is a skill that is honed and crafted. You definitely need artistic skill and creativity, but everything else can be learned and improved upon with practice and dedication. A slight obsession with design, color, type and space helps, but if you have the foundation, you really can become a good designer. When I compare my portfolio coming out of college, to my work today, it really does confirm this statement.

Bear River Brewing is a branding project we did for a Tampa, Florida craft beer brewer. Visual Lure actually came up with the name which is based on his son’s, Barrett (which they call Bear) and River, hence Bear River Brewing. The logo depicts a bear rowing a canoe down a river carrying a huge beer bottle with palm trees in the background as a nod to Tampa. One of our favorite pieces is the beer taps which are shaped like canoe paddles. 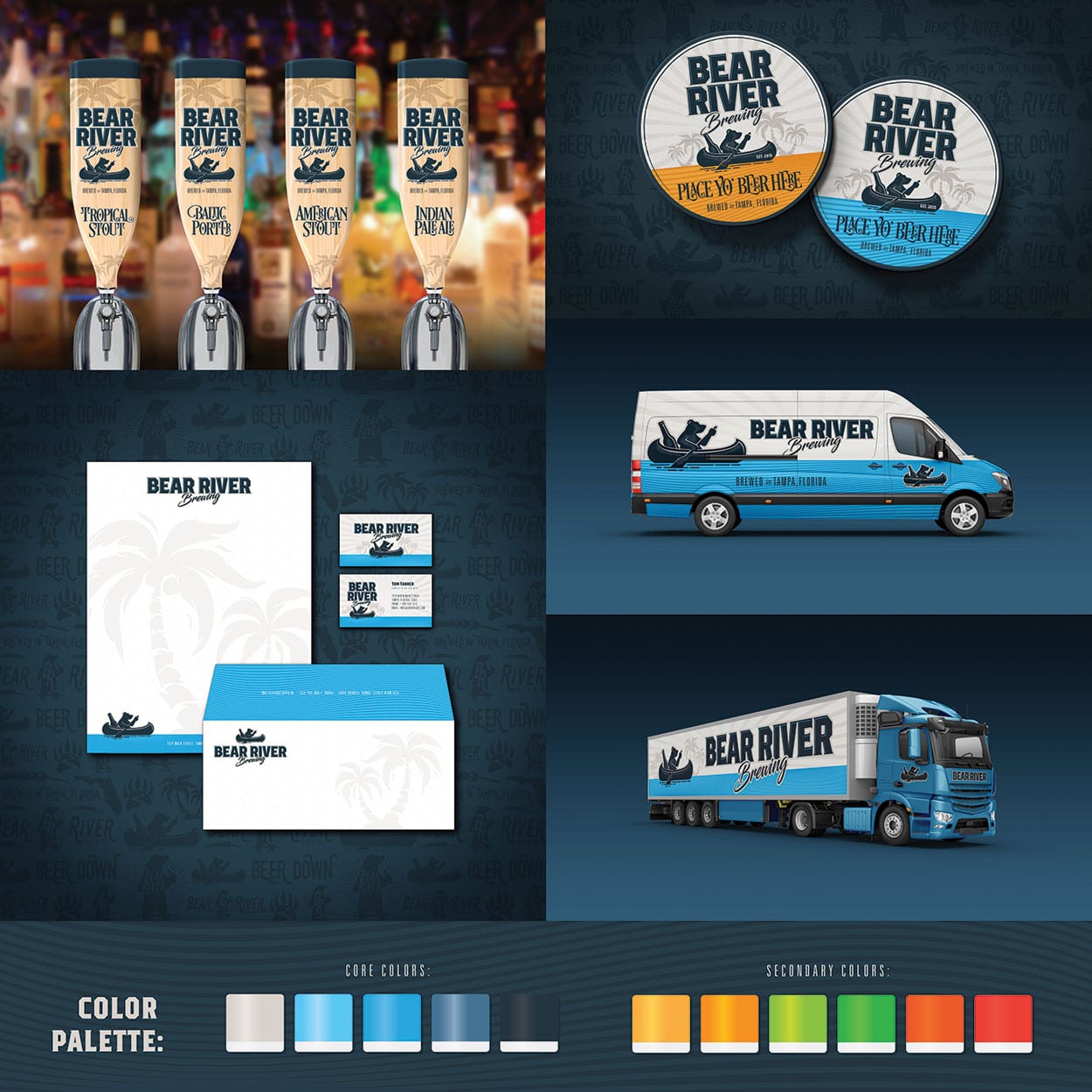 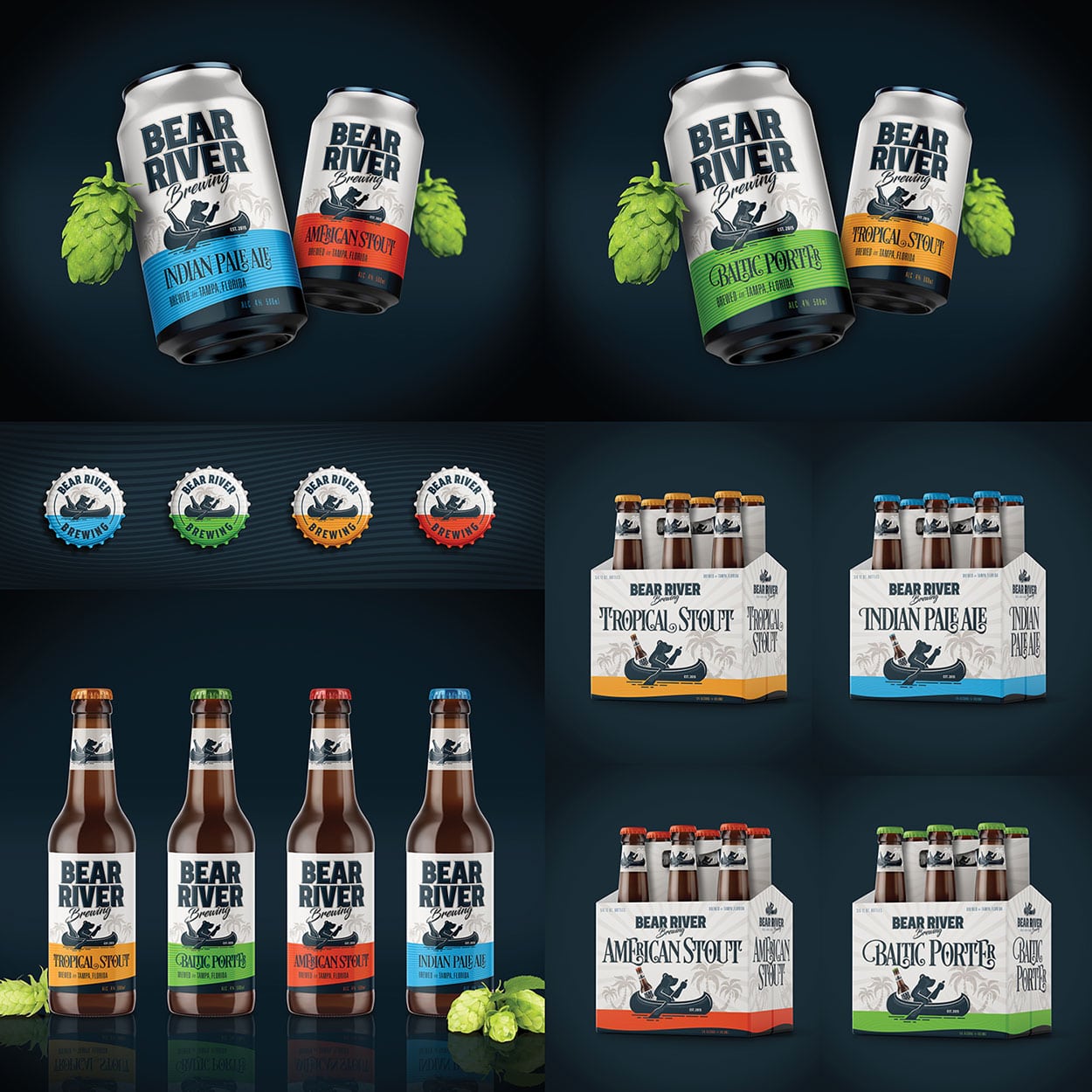 The Prairie Line is a St. Louis Metro East/Southern Illinois railroad, transportation and logistics company. Lead by a team of highly experienced partners, The Prairie Line prides itself on providing personalized service that often gets lost in the rail industry. Additionally, their ability to cut through red tape and deliver quick decisions (along with their cargo) sets this company apart.

Below you will find everything from the initial logo design options to their newly painted locomotives and custom WordPress website, all which Visual Lure designed.

The top left logo option uses a single line to make two “i”s tying the two word marks together, the top right option (which ended up being the final logo) plays off a line dividing the “P”, the bottom left logo features prairie grasses that make negative space in the type, and the last logo is a P created with a single line that also mimics railroad tracks. Below the options are the final logo lockups.

We selected a color palette inspired by colors of prairie grasses with clean, easy to read typefaces making sure signage and locomotive numbers are readable from a distance. The paint scheme was inspired by the curve in the logo and the placement gives the locomotives a sense of motion. 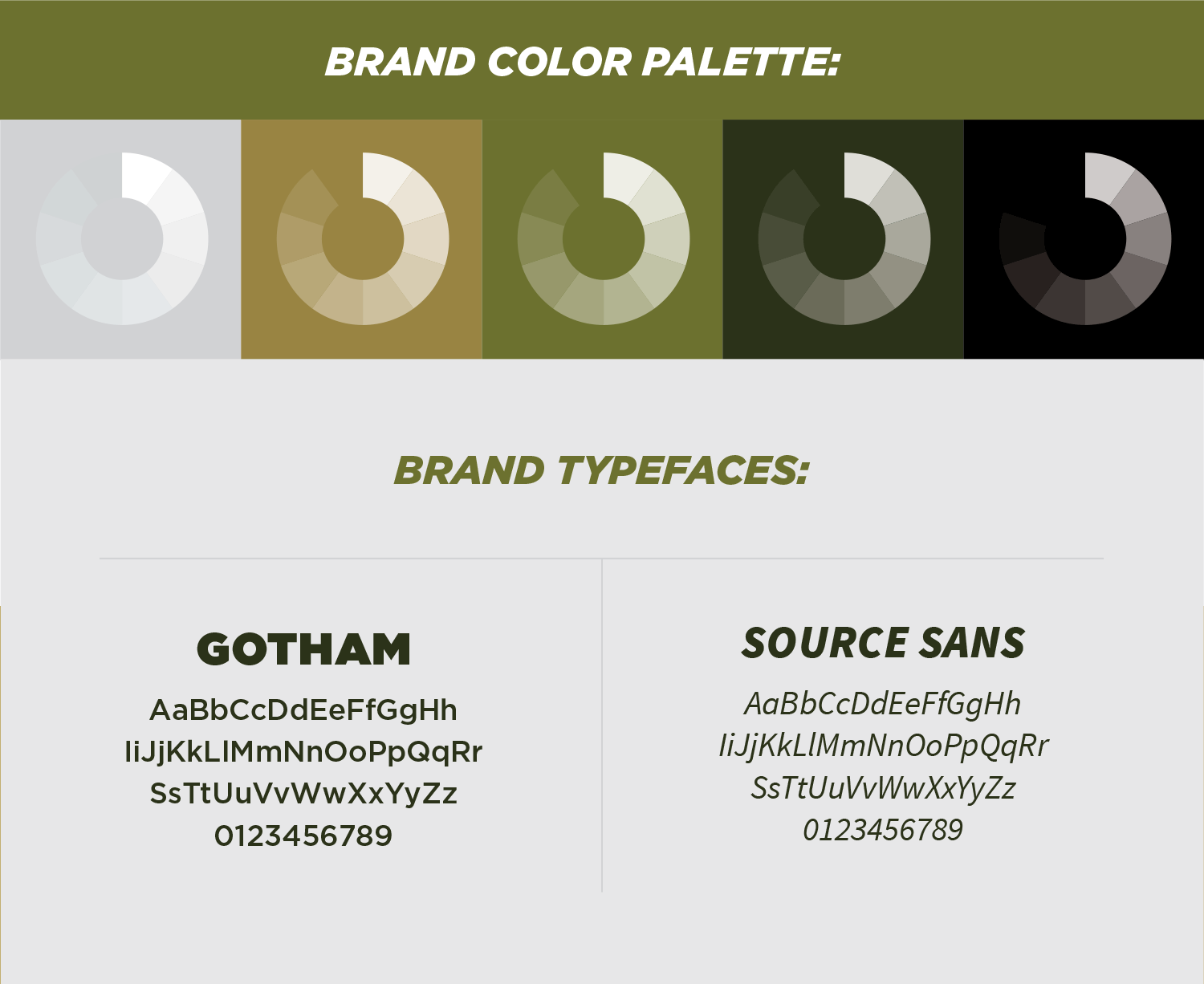 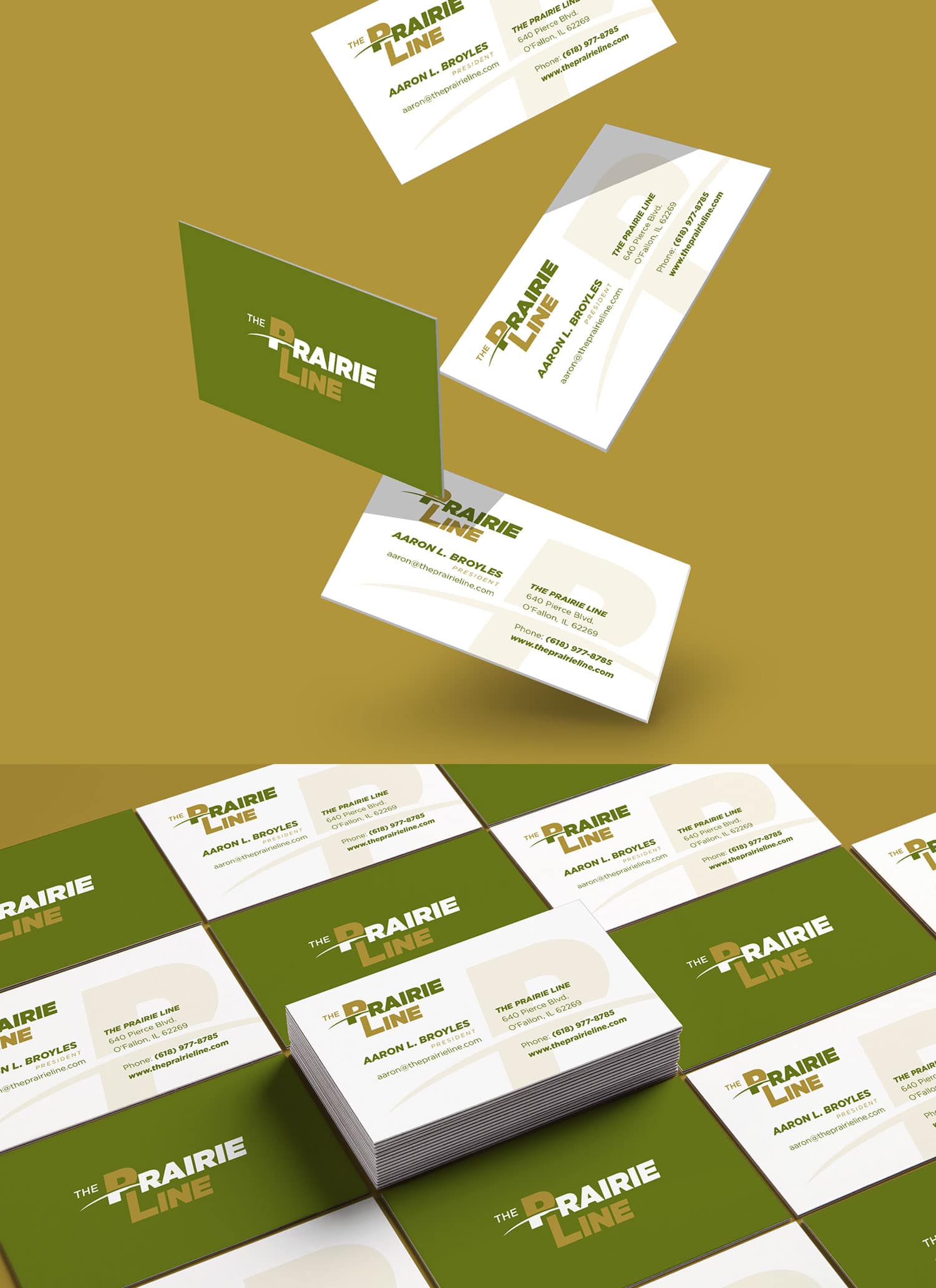 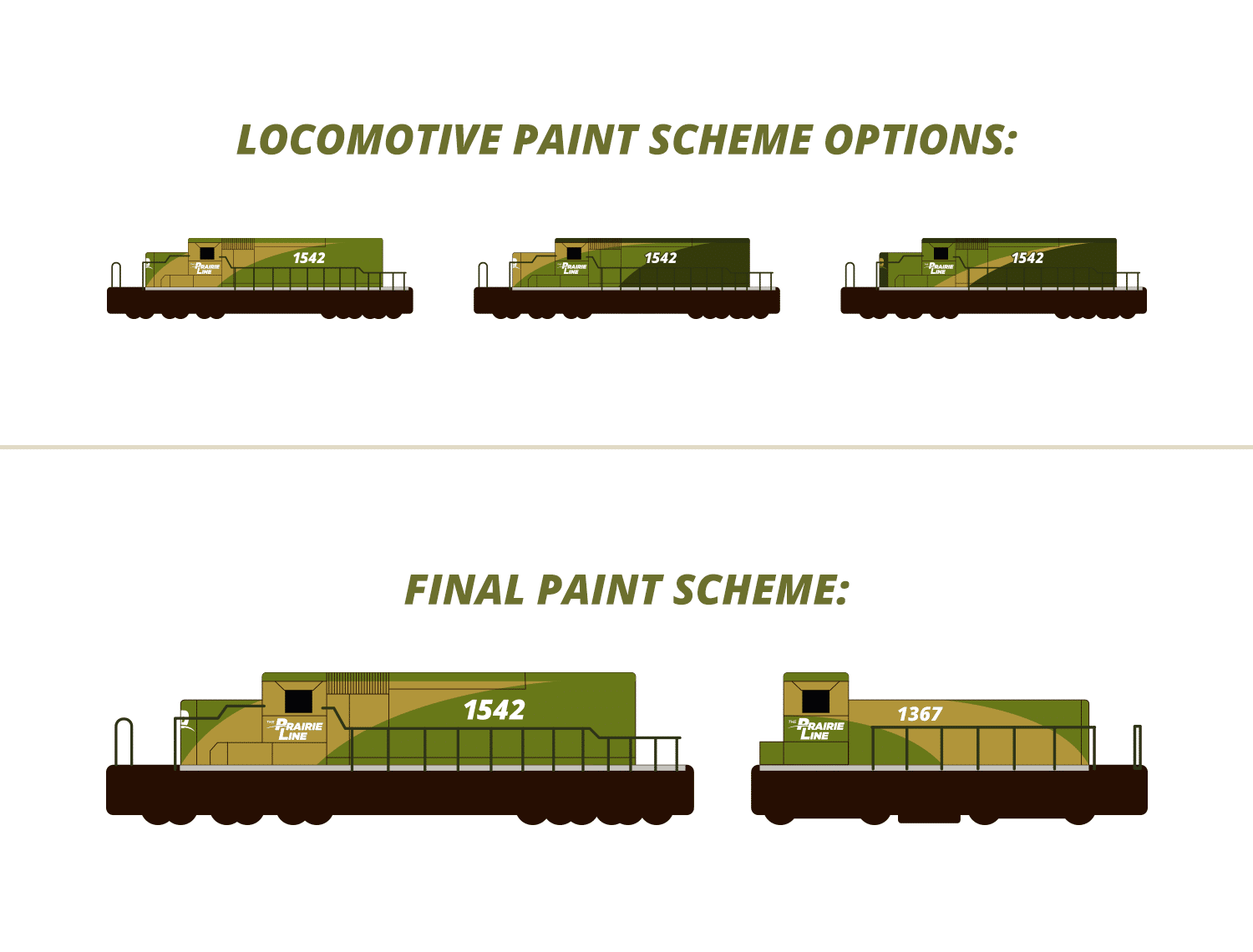 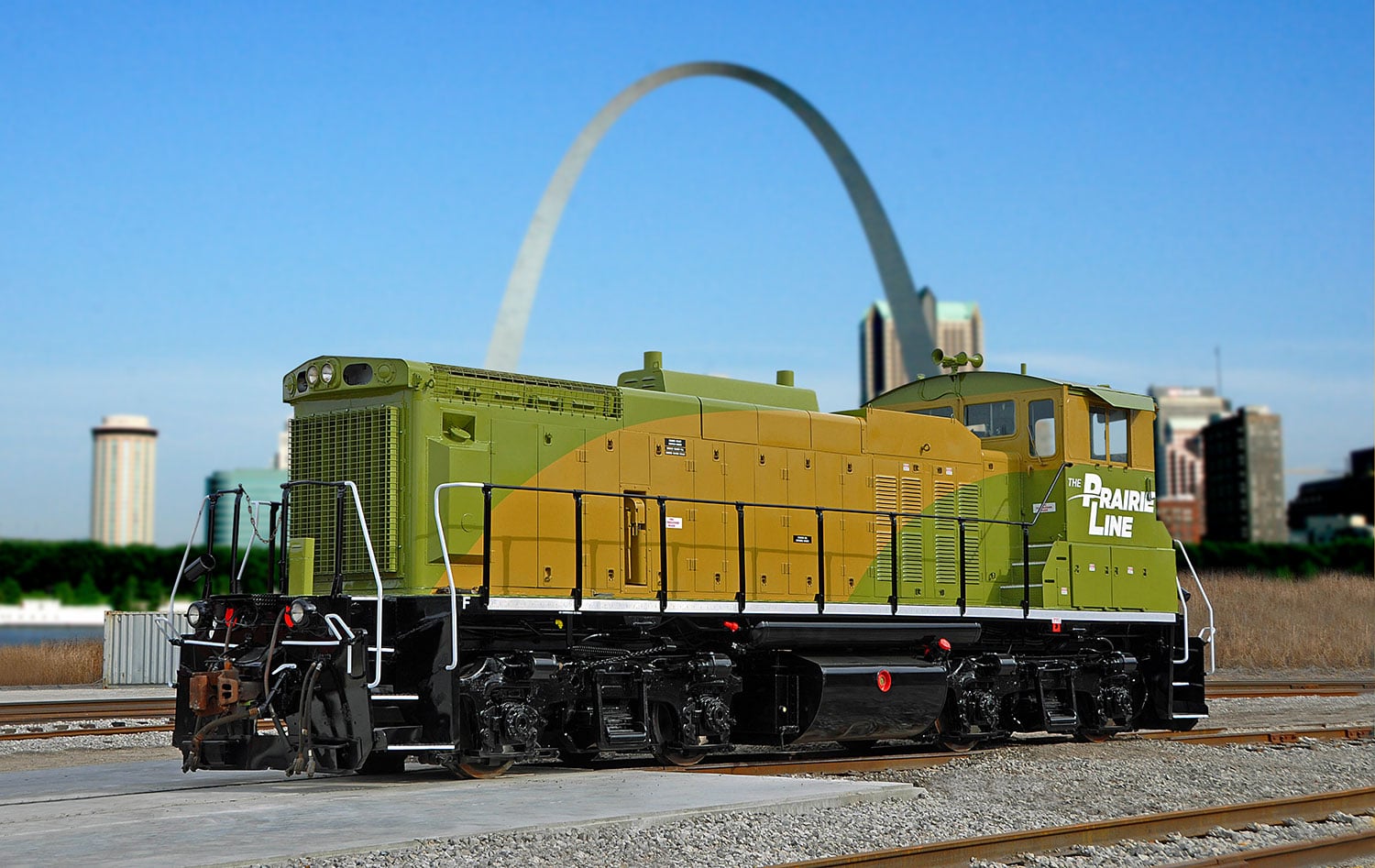 We wrapped up this branding project with a fully custom, responsive designed WordPress website. The site features a sticky header and menu bar for convenient navigation, a couple custom sliders for the “what makes us different” and the “leadership” sections, and an auto-populated news feed that is fed from the fully integrated blog. 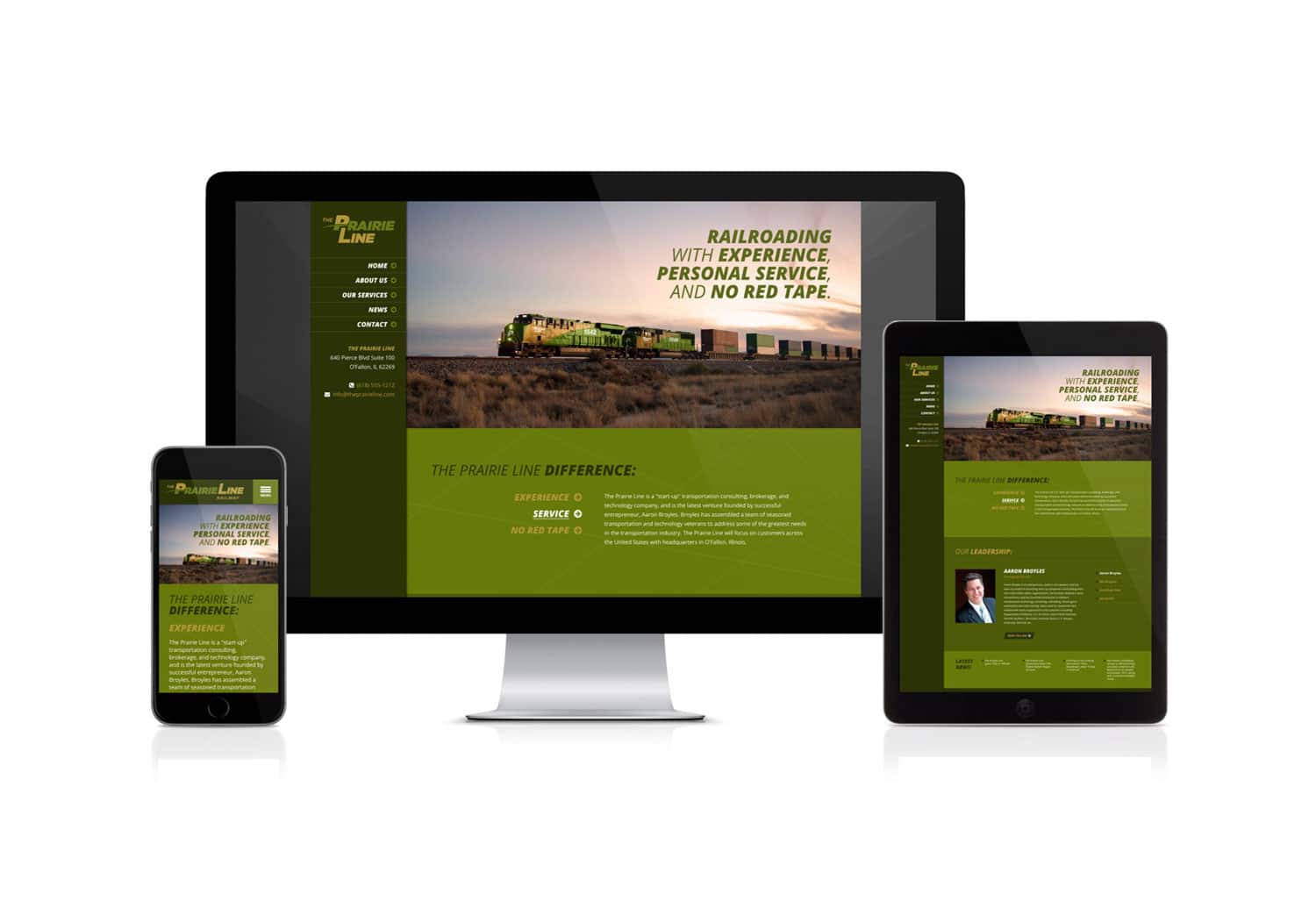 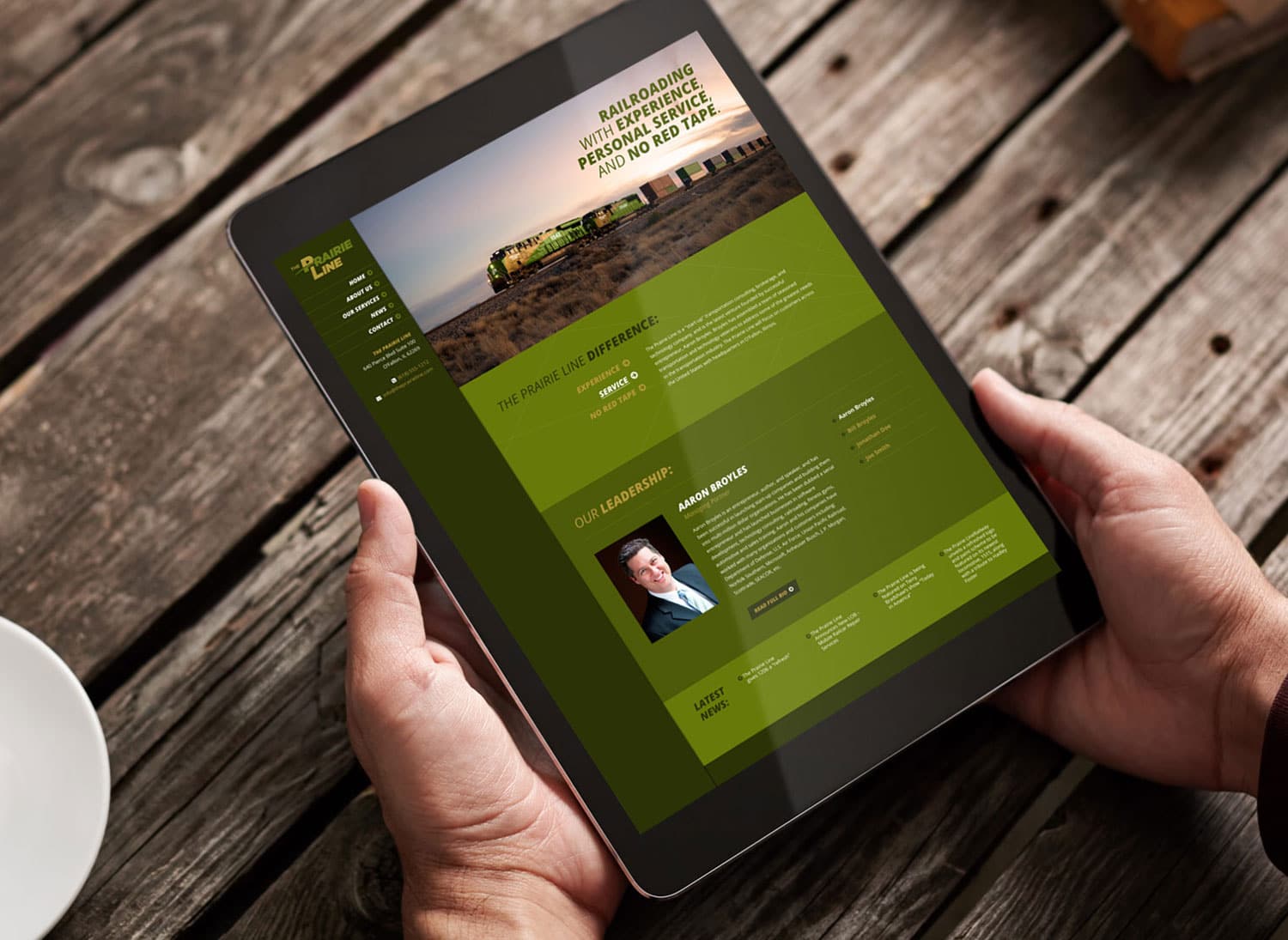 One Classroom™, a St. Louis, Missouri based 501c3 non-profit organization, hired Visual Lure to design a new logo along with a new trifold brochure. Their mission is to give children with special needs the opportunity to study and learn in normal Catholic school classrooms, side by side with their peers.

Below you can see the final logo both in color and black and white, the color palette, and brand typefaces along with a sample identity package. Underneath that is the new brochure design along with unselected logo explorations.

A personal friend of ours is a member of a St. Louis Grand Champion barbecue crew, and a couple months ago we had the pleasure of tasting some of his scrumptious dishes. It was some of the best ribs, pork steaks, brats and chicken we’ve ever had. Last year his team won the title of Grand Champions at The 10th Annual Wildwood Barbecue Bash. The year before that they won for best chicken.

While we were feasting on his fine cuisine, we started to discuss the name of his team, Mr. Pink BBQ. The name was inspired by Steve Buscemi’s character in Reservoir Dogs.  I instantly saw a new logo in my head. Mr. Pink, dressed in his all black suit and skinny tie – riding a pig like a bull rider – holding on to some type of grilling utensil.

Below is that vision taken from conception to completion, including an alternative logo format, trailer graphics, sample patterns, color palette, typefaces and identity package.

If you are interested in our logo design or branding services give us a call today at 618.407.9231 or email us at info@visuallure.com.

Below you can see the new logo in both horizontal and vertical applications, underneath that are additional color variations and at the bottom is the identity package – which includes the company business card, letterhead and envelope design.

Update: Here is a trifold brochure we recently completed for AAA: 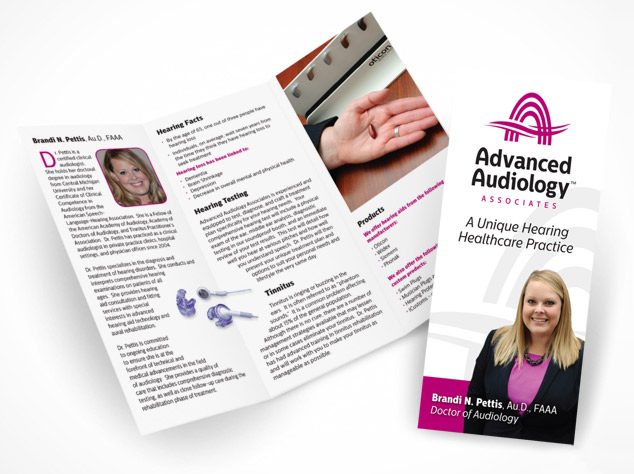 Almost all the logos we design are heavily concept-driven because we feel logos with meaning tend to be more memorable. If you want a logo that people and customers will remember, one that stands the test of time, and catches people eyes, give Visual Lure a call today.

Visual Lure recently completed a new logo and identity package for Hauser Group Wealth Management, a St. Louis, MO based wealth management firm lead by Mike Hauser. Mike is a CPA and a personal financial specialist. He is a member of FINRA and the SIPC, and offers securities through LPL Financial. We feel the new clean and sharp logo feels trustworthy and reliable. The perfect traits for a financial management company.

Below you can see both the vertical and horizontal logo formats along with a couple color variations. Below the logos is the identity design package, including the business card, letterhead and a #10 envelope design.

If you are in need of a new logo, or looking to re-brand an existing company, give Visual Lure a call today. We would love to get your branding started in the right direction with our award wining, internationally published logo design solutions.