Visual Lure was recently contracted to design the packaging for a new USAF CD titled Sonata in Blue.  It will feature the Rampart Winds of the United States Air Force Academy Band.  The band provided the following direction: “We want to visually showcase the five individuals that make up the quintet.  Not necessarily with their pictures, but with some other representation.  The instruments used are flute, oboe, clarinet, bassoon and French horn.  We would like to the cover to be recognizable as an Air Force product in some fashion…”

With this guidance, we came up with the concept of five F16s (representing the quintet) flying in formation with music (notes and symbols) coming out of the jet’s contrails (exhaust).  Below is our initial proposed cover. Check back soon to see the finished product. 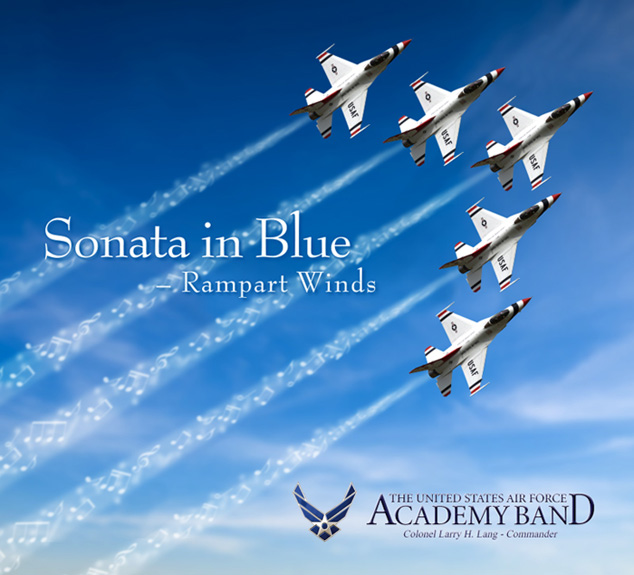